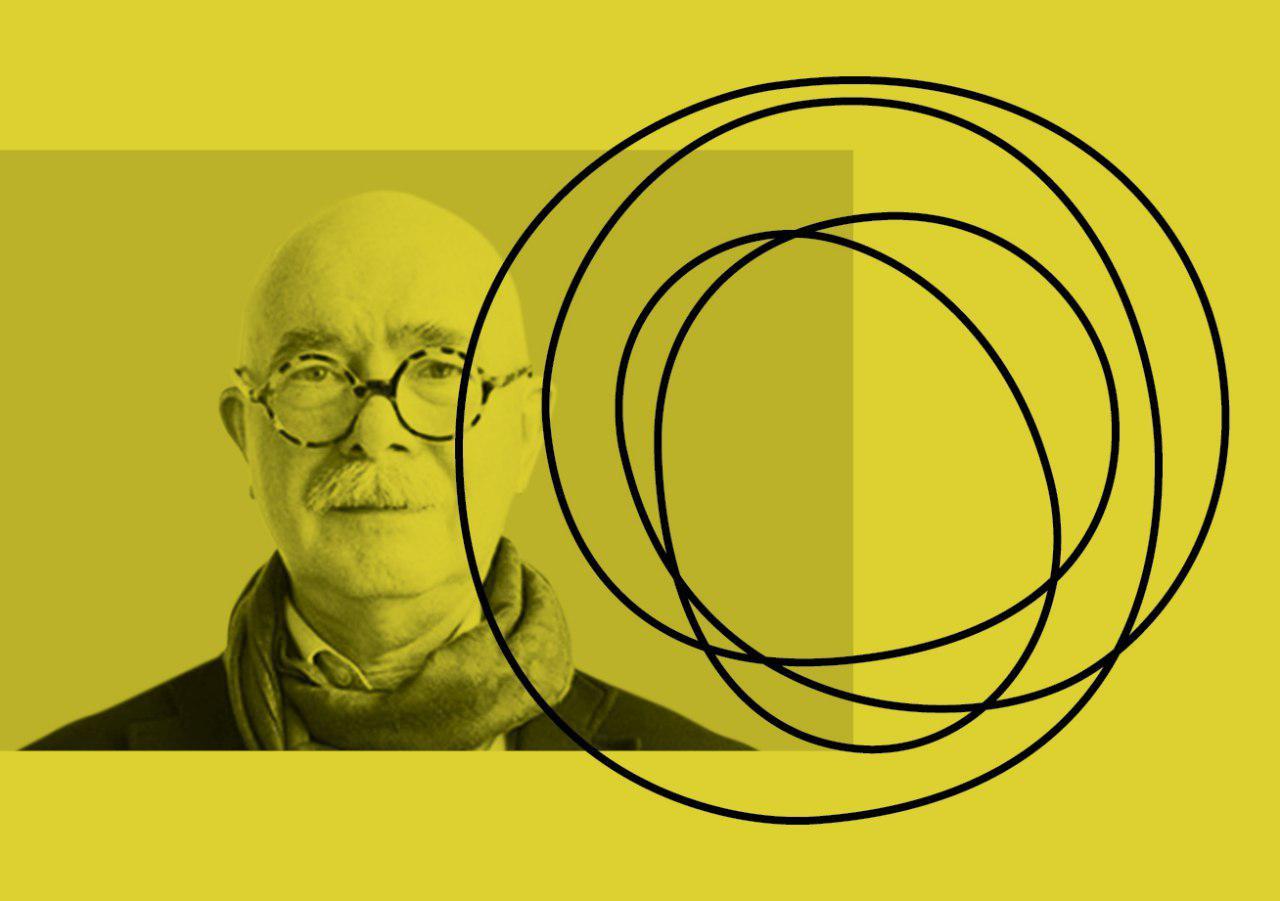 Unlike the word "education", in which one can hear the idea of transferring an "image" from a teacher to a student, the word "nurturing" is more likely to be associated with "feeding" - that is, transferring energy. "An image" is a separate entity, independent from both the student and the teacher. To transmit the energy one needs to possess it and it is impossible to project it if there is no direct contact. The mission of nurturing is to heat up the water.

To be sensitive, thoughtful, responsible are the qualities we believe to be most important for an architect today. They refer to the value system, and some imperative, furthermore values are more the subject of nurturing than of education. Knowledge of history, for example, dates of construction and names of architects, structure details and the style features of monuments makes the architect neither more or less attentive towards the existing urban environment. But wondering about the role of history, even if it comes to childhood memories, can make him more sensitive to other people's memories related to a particular house with its exceptional brickwork or a street curve that allows the sun ray to fall at a specific angle. Information on the physical properties of the materials that are contained in the handbook and the knowledge of which can be checked during exams is unlikely to be the basis for an aesthetic choice between wood and stone. Only a strong ability to feel can help. It may not always be connected to the ability to put something in words, but always prompts a need to make a decision based not only on criteria of cost and efficiency, but on feeling the texture, colour, reflection and absorption of light, ageing, weather and atmospheric events with your own, special, individual instinct.

Is the idea of nurturing appropriate in the conversation about "higher professional education"? Children are nurtured and professionals are educated some may say. There are two points to make here. First, if there had ever been a holistic view of an architectural curriculum, it had been lost by the end of the twentieth century. And it is unlikely that this coherence can be found again. Hardly anyone will be able to identify the knowledge and skills necessary for the architect today. Except there is something that can be called the core of the profession. There is also the periphery of the profession and education, and often they outweigh the core. In fact, the periphery can move away, move closer, but only the core is unchanged throughout the history of humankind. The most intriguing and profound challenge is always to find this core within the educational process, and it is the understanding of this continuously elusive core of the profession that is the only important subject.

Secondly, after all the technological revolutions and social transformations of the last century, today, surprisingly, professionalism becomes dangerous. It produces the average construction activity. But architecture is more than just construction. And it does not always emerge due to professionalism, but often - contrary to it. I discovered this quite early, right after graduating and working in the Mosproyekt-1 organisation. I was instructed to make some proposals for a hotel, and I started drawing something. The foreman looked at me and said: "Stop this, make a 6x6 grid and start working." Such professionalism is a dangerous thing because it is inextricably linked with the automatic action in making decisions, eliminating not only the need but also the very possibility of feeling, thinking and responding. If the school does not set the value system, does not nurture, but only passes on professional skills, then it prepares the person for such automatic actions.

However, unlike boiling a kettle, nurturing is a more subtle process, almost alchemy, producing gold from mercury. How does this alchemy happen in the course of teaching? No methodology can be described, and following certain rules, provide a similar result. The workflow and interaction with students to the slightest intonation take centre stage. My teachers talked with me about simple things, something I found most useful. When I designed an interior for yet another club, Mikhail Osipovich Barsch said: "Zhenya, do you know the painter Dufy? I would suggest painting the sea seen from the window of your club like Dufy." These words, not directly related to the task of the project, were more important to me than other directions and affected my project awareness more than all systematic instructions.

Such interactions can be accidental, depending only on the will of the teacher and student and, ultimately, everything depends on their will. But if we talk about the method in which this alchemy has a place, and which can be common to the school, rather than the initiative of separate people, then we can talk about the process of rational or reflexive design.
The architectural project itself is not regarded as the only significant result. On the contrary, everything matters, the process of work, and the line of the student's thought, his doubts and mistakes.
After all, no one will argue that a school essay cannot have both interesting thoughts and spelling mistakes. This approach sees value in the direct interaction between students and teachers. Only such direct interaction makes education possible. In rational design, the process is given maximum attention. We lay the seeds of the value system in the structure of the research, in working with cultural and historical sources. The project is just a reason for such work, and a valuable tool, but not the result.

What is important in this work? Every teacher can create his own system. Mine is based on an appeal to cultural values.

I am convinced that literature, music, cinema, philosophy, should be part of the project process. The appeal to poetic language, poetry is of particular importance to me, as a way of making and as a moral experience, and as a kind of discipline.
Poetry evokes the capacity for imaginative thinking and the creation of complex semantic constructions. Responsibility and the ambition of a poet take the spotlight, not the technical skills because to distinguish a iambic verse from a trochaic and to be a poet is not the same thing. Almost the same happens to architecture as an art form. The simplest structure made without any tricks, due to even accidental circumstances can become a striking piece of architecture - "beauty is not a whim of the demigod, but a hawkish eye of a simple carpenter." A lot of what is made with a claim for artistic quality turns out to be horrendous precisely because of its pretentious artistry.

Learning architecture in this system of rational design requires, first of all, a broad cultural foundation from the student. And secondly, a considerable degree of independence and perseverance. After all, the teacher acts partly intuitive, trying to discover both the content and form of projecting energy. And the student can not remain a passive recipient (which would be forgivable for a teapot) but must become an active participant in the process of being nurtured.

It is not at all easier for the teacher. The further, the less the teacher has the opportunity to teach - his students live in a different reality. Many of the things that concern my students are no longer clear to me, and things that are important to me are not crucial for them. I'm not upset if they do not read Mandelstam, as I'm not upset that I did not read Ovid - for them, it's roughly the same thing. But I'm trying to understand how you can interact with generations for whom the cultural values that form the basis of my education and learning are no longer relevant. We must find other approaches, other ways, but continue to look for and transmit the core of the profession. It is no longer possible to be a classical master, teaching by demonstrating and passing on one's skill. That's why not every good practitioner is a good teacher. In the time of increasing gaps between generations which are now becoming wider, the teacher must provoke, be a troublemaker, cause the student to react which is sometimes directed by the student in the most unexpected ways and educates the teacher himself.

Of course, it is quite dangerous to teach people to think, feel and trust their feelings, take on more responsibility than the market and the law offers. The habit of thinking often leads to difficulties in the professional, and in public life. High architecture, like high poetry, is, of course, much more difficult to sell and accept. But I see no other way to create a new architectural awareness in Russia. At the same time, the educational process in Russia differs significantly from the international one due to one important circumstance: there was no revolution in Russia in 1968, which caused a crisis of legitimacy in the educational practice because students caused it. The Russian school did not have an opportunity to rethink itself institutionally. There was no education as a form of a radical architectural project, in which the school's aim is not to prepare a student for a career, not to produce a regular professional, but to create another (and third and fourth) professional environment, new types of architects and a new type of architectural awareness. In this sense, MARCH, although it does not set itself global challenges, does not offer utopian solutions, is still a radical project. Nurturing thinking, sensitive, responsible architects in an environment in which it is much easier not to think, not always easy to feel, and is dangerous to take responsibility.

For the first time, the essay went out in a book "MARCH V" celebrating five years of operation of an entirely new School of Architecture in Russia. Issued by the TATLIN publishing house, the book is available in both English and Russian languages. 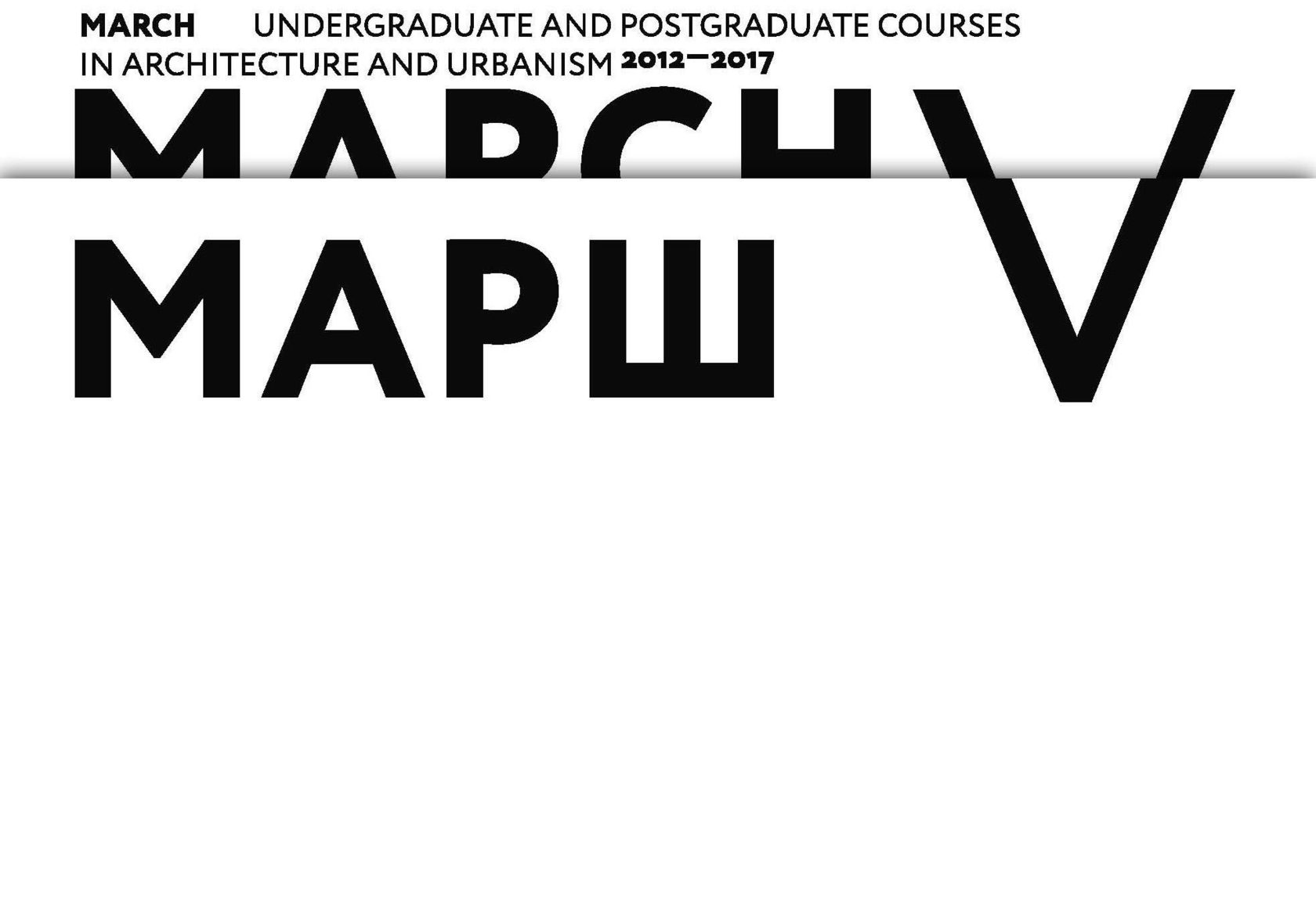 BA (Hons) in Architecture and Urbanism course
MA in Architecture and Urbanism course
Prospective students
ON THE SUBJECT
PER FORMA
Choreographers and architecture students comprehended four significant architectural texts and treatises from the XV to the XX c. and found for them a form in a joint performance.
EDUCATION
Narine Tyutcheva, an architect and the MARCH School teacher, reasons why the methodological consciousness is more essential than typologies knowing.

EDUCATION
Professor Robert Mull, co-founder and the honorary professor of the MARCH School, talks about the architectural education through the lenses of his own career episodes.